Montreal, September 17, 2016 — Today, world leaders announced a commitment of more than $12.9 billion to the Global Fund to Fight AIDS, Tuberculosis and Malaria (Global Fund) at the launch of the Fifth Voluntary Replenishment in Montreal. These commitments represent the largest amount ever pledged at a Global Fund Replenishment Conference, and add up to nearly $1 billion more than commitments made at the previous Replenishment launch in 2013. Leaders began meeting on Friday to launch the Fifth Replenishment period, which covers funding for 2017, 2018 and 2019.

“This Replenishment Conference is a milestone in global health,” said Chris Collins, President of Friends of the Global Fight Against AIDS, Tuberculosis and Malaria, which advocates in the U.S. on behalf of the Global Fund and global health resources. “This achievement demonstrates that the international community remains committed to accelerating progress in global health. We are proud that the U.S. continues to build on its bipartisan legacy as a leader in this area. We also welcome Deputy Secretary of State Heather Higginbottom’s affirmation at the meeting that the U.S. is committed to ending the three epidemics by 2030. Achieving this crucial goal will require additional resources from both donors and implementing governments.”

“These commitments are critically important as we face a limited window in which we can end these epidemics,” said Jonathan Klein, Board Chair of Friends and Co-founder of Getty Images. “The funding pledged at this conference has immense potential to not only save millions of lives, but to also strengthen health systems, spur domestic investments, grow global economies and improve U.S. national security. Imagine what more could be done if we continue this upward trajectory in global health funding.”

The conference brought together leaders from across the globe, with many leading donors announcing increased pledges, as well as contributions from first-time donors and implementing countries. The robust commitments were announced on the heels of the U.S. government’s pledge of up to $4.3 billion through 2019. Specifically, the United States will contribute $1 for every $2 provided by other donors worldwide through Sept. 30, 2017, up to $4.3 billion. The hosting Canadian government also announced a generous pledge in May of CAN $785 million — a 20 percent increase over the country’s 2014-2016 commitment.

The Bill & Melinda Gates Foundation committed $600 million — a $100 million increase over the 2013-2016 Replenishment cycle. The Global Fund announced that additional pledges from private donors and innovative financing initiatives reached an unprecedented $250 million for the coming three years — more than double that of the previous Replenishment.

Since 2002, 20 million lives have been saved through the Global Fund partnership, and there are one-third fewer deaths from AIDS, tuberculosis and malaria in countries where the Global Fund invests. The results of the Fifth Replenishment Conference will be significant: The funding pledged can save 8 million more lives; avert 300 million new HIV, tuberculosis and malaria infections; and produce up to $290 billion in economic gains in countries where the Global Fund invests. The Global Fund will also be able to scale up health system strengthening efforts in the face of threats like Ebola and Zika.

“The bottom line is that the world can do more with more resources,” said Mr. Collins. “We have made huge progress against AIDS, tuberculosis and malaria, but it is only by seizing this opportunity to grow investments that we can make these global scourges history.” 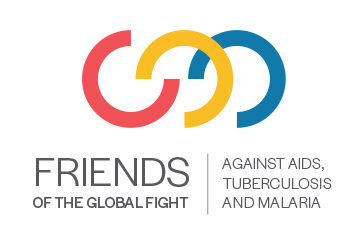 Key Takeaways from the Global Fund’s 43rd Board Meeting

The Global Fund to Fight AIDS, Tuberculosis and Malaria held its twice yearly Board Meeting May 14-15, 2020—virtually.  Global Fund...