The following post was originally published at Health Affairs Blog. True Claycombe serves as Policy Manager at Friends of the Global Fight.

On February 8, the day before the White House sent its Fiscal Year (FY) 2017 budget request to Congress, President Obama requested $1.8 billion in emergency funding to respond to the Zika virus at home and abroad. The World Health Organization (WHO) has proclaimed Zika a “public health emergency of international concern,” and governments have been in panic mode. But while there is certainly sufficient cause for alarm, let us not forget another grave threat to public health, which kills 4,400 people every single day and receives relatively little focus: Tuberculosis (TB).

With these startling statistics, it was a blow to the TB community when President Obama released his budget request for FY 2017, which once again would cut the United States Agency for International Development’s (USAID) funding for TB by 19 percent. The White House budget requested $191 million, down from $236 million in FY 2016 and the lowest level of spending on TB by the United States since 2009.

It is crucial for policymakers and the general public to understand the importance of funding TB programs worldwide. With the disease’s complexity, strict treatment regimen, and the severe side effects of treatment, it is easy to see why TB is now the number one infectious killer worldwide. While it is possible to treat TB and prevent its spread, the drug regimen is extremely rigorous, lasting anywhere from six to nine months and consisting of four antimicrobial drugs.

Without support and supervision by a health professional, treatment adherence is difficult and tenuous, and oftentimes results in the spread of TB and the formation of multi-drug resistant tuberculosis (MDR-TB). MDR-TB has been documented in nearly every country surveyed. Though treatment for MDR-TB does exist, the treatment is intense, takes a longer amount of time to complete, and the drugs can have severely adverse and unbearable side effects such as hearing loss, depression or psychosis, and kidney impairment.

MDR-TB treatment is administered for at least two years and consists of more than 14,000 pills, plus daily injections for six months. For these reasons, it is not surprising that patients with MDR-TB find the treatment difficult to continue. Less than 50 percent of people with MDR-TB around the world are successfully cured. If treatment fails, a person can then develop extensively drug-resistant TB (XDR-TB) (Editor’s Note).

Proper diagnosis and access to treatment are especially problematic for people suffering from MDR-TB. Of the 480,000 cases estimated to have occurred in 2014, only about 25 percent—123,000—were detected and reported to national authorities. MDR-TB is a severe public health threat that requires more resources and funding from the global community to increase diagnoses, access to treatment, and investment in research and development for new drugs. Significant progress in fighting the disease has been made since 1990, but increasing the momentum is crucial to ending the TB epidemic.

The WHO estimates that the price tag for a full response to the TB epidemic in low- and middle-income countries is $8 billion per year. Detection and treatment of MDR-TB comprises 20 percent (or $1.6 billion) of this needed funding. Additionally, the WHO estimates that roughly $2 billion per year is necessary for research and development of new TB diagnostics, drugs, and vaccines.

What The US Government Is Doing About MDR-TB

The White House recently released the National Action Plan for Combating Multidrug-Resistant Tuberculosis. The plan was developed by an interagency working group led by the White House Office of Science and Technology Policy. The plan aims to address MDR-TB both domestically and globally through coordination from US government actors, such as USAID and the Centers for Disease Control and Prevention; multilateral organizations, such as the Global Fund; and foreign governments.

The plan is organized around three goals: 1) to strengthen domestic capacity to combat MDR-TB; 2) to improve international capacity and collaboration to combat MDR-TB; and 3) to accelerate basic and applied research and development to combat MDR-TB. Over the next five years, the US government will work with the private sector, affected countries, non-governmental organizations, and global partners to meet the goals identified in the National Action Plan.

While the plan is a tremendous step forward for the TB community, funding for the program must be increased both domestically and internationally for it to be successful. This is why the FY 2017 budget request that would reduce USAID’s TB program funding from $236 million to $191 million was so deflating. USAID is a leader in implementing TB programs worldwide and would clearly play a leading role in implementing the National Action Plan for Combatting MDR-TB, as an essential partner with the Global Fund to Fight AIDS, Tuberculosis, and Malaria. Eric Goosby, UN Special Envoy on Tuberculosis, released a statement expressing his disappointment in the cuts:

A strong Administration investment could have helped put us on track to turn the tide on TB. There must be a shared responsibility among all parties to prevent, test, treat, and cure TB. Currently, nations burdened by TB contribute 87 percent of the total budget to tackle the disease. These nations need the U.S., other donor nations, and the private sector to step up to the plate if we are to heed the call of the Sustainable Development Goals to end TB by 2030. Without this support, countless more people will die from a disease that is curable. Furthermore, we will never achieve universal health coverage until a strengthened and sustained path is forged to address TB head on.

Of note, Congress has stepped up in the past and been instrumental in reversing these funding cuts. In FY 2016, the President’s budget requested $191 million for USAID’s TB programs, but Congress chose to include $236 million—a $45 million increase—in the final FY 2016 omnibus spending bill. While President Obama’s targeted cuts to TB were disappointing and showed a lack of solidarity with the White House’s own National Action Plan, the TB community now looks to Congress to restore the funding that is required to combat tuberculosis worldwide.

The Private Sector Steps Up

While the support of President Obama and Congress is absolutely crucial, the private sector’s involvement in research, development, and increasing access to diagnosis and treatment is also essential to propel the National Action Plan forward and defeat TB and drug-resistant forms of TB globally. And the private sector is stepping up.

Janssen, the pharmaceutical arm of Johnson & Johnson, announced a $15 million – $20 million pledgeas part of a new partnership with USAID to combat MDR-TB. USAID will also partner with Cepheid, a maker of molecular systems and tests, to speed diagnosis of MDR-TB through increased access to rapid, accurate diagnostic tools. These partnerships build and expand on existing, successful collaborations including a four year, $30 million donation of the drug-resistant TB drug SIRTURO (bedaquiline) from Janssen to USAID’s programs.

The pharmaceutical company Eli Lilly also stepped up to the plate in 2003 by creating a public-private initiative, known as the Lilly MDR-TB Partnership, to raise the global profile of MDR-TB and offer education, training, and care to people worldwide. The company has invested $170 million in the partnership from 2003-2016 and has worked with some 40 partners—including the Bill & Melinda Gates Foundation, the Infectious Disease Research Institute, the Stop TB Partnership, and the Global Fund—to create a dependable supply of, and improve local access to, necessary medicines.

Additionally, in 2012, AbbVie, AstraZeneca, Bayer, Eli Lilly, Eisai, GlaxoSmithKline, MSD (known as Merck & Co. in the United States and Canada), and Sanofi, four research institutions, and the Gates Foundation launched a partnership aimed at speeding up the discovery of essential new treatments for TB. Known as the TB Drug Accelerator, the program targets the discovery of new TB drugs by collaborating on early-stage research.

The ambitious target of the TB Drug Accelerator is to create a TB drug regimen that can cure patients in only one month, as opposed to the current six-month regimen. In 2012, the partners began the first round of screening for new TB drug candidates and by the end of 2014, the program had made progress in identifying several promising classes of molecules that inhibit tuberculosis growth. The partnership is continuing to collaborate and use their collective resources to identify drug candidates. These important contributions by the private sector, as well as public-private partnerships more generally, will be absolutely vital to finding a cure and eliminating TB and drug-resistant forms of TB worldwide.

More Can Be Done

More funding is needed from both domestic and international donor sources. It is essential that full coverage of TB and drug-resistant TB patients is included in national health agendas, both in their policies and budgets, to ensure that individuals can access care at reasonable costs. TB has been overlooked for far too long. Without robust funding and political commitments by governments and the private sector worldwide, this preventable and treatable disease will continue to be one of the world’s leading infectious killers. We must advocate and hold policy makers accountable for health policies and budgets globally that give this disease the attention—and resources—it deserves.

Editor’s Note: The story of a Los Angeles man with extensively drug-resistant TB was the subject of a Narrative Matters essay in the February issue of Health Affairs. 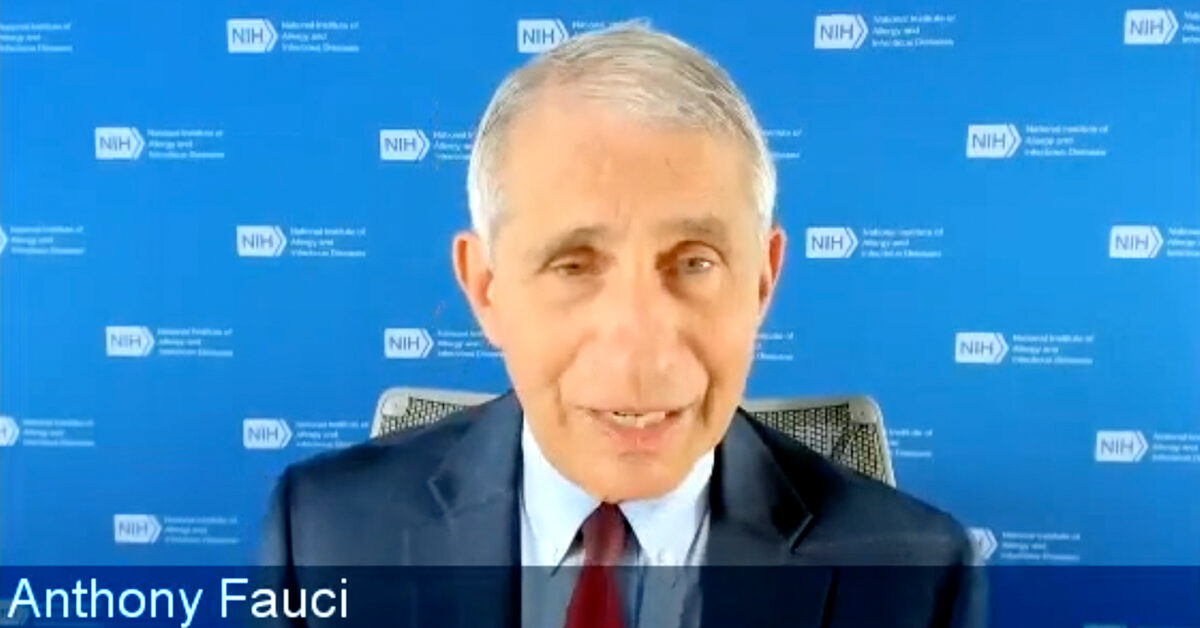