Infectious diseases like Ebola and tuberculosis (TB) are terrible and deadly. But TB, an airborne disease, is the world’s deadliest infectious killer. Every day, nearly 30,000 people fall ill with TB and 4,500 people lose their lives.

In most cases, TB is treatable and curable. In Global Fund-supported countries, TB deaths declined 37 percent from 2000-2016. But multidrug-resistant TB (MDR-TB), a strain of the disease that does not respond to the most common forms of treatment, is not in decline. MDR-TB is a major global health threat that demands additional funding and attention from U.S. leaders.

During the Ebola outbreak of 2014-16, just over 26,000 people contracted the disease. Nearly 1,000 additional cases of Ebola have been identified in the DRC since 2018. But MDR-TB is significantly more widespread, with approximately 460,000 people developing MDR-TB in 2017 alone.

Soures: WHO and CDC

Related Tags: Ebola, MDR-TB, Tuberculosis
Back to previous page
Engage with us in conversation using @theglobalfight 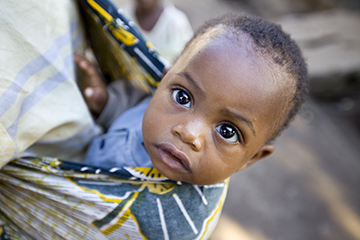