America’s continued leadership in the fight against AIDS, tuberculosis (TB) and malaria has helped save millions of lives. Thanks to bipartisan support for both the Global Fund to Fight AIDS, Tuberculosis and Malaria (Global Fund) and U.S. bilateral programs—including the President’s Emergency Plan for AIDS Relief (PEPFAR), the President’s Malaria Initiative (PMI) and the U.S. Agency for International Development’s (USAID) TB Program—American investments are driving progress on the path to end these epidemics, as well encouraging contributions from other donors and affected countries.

With U.S. support, the Global Fund helps extend the reach of U.S. bilateral programs while also encouraging the transition to greater implementing country ownership. As a partner to the U.S. bilateral programs, the Global Fund secures financing from international donors, supplies lifesaving treatment and prevention resources and increases countries’ investments in their own health responses.

Through close collaboration and response strategies tailored to each country, U.S. bilateral programs and the Global Fund are working to maximize the impact of U.S. investments in global health. These partnerships vary from country to country, adapting to the disease burden and government capacity of each affected country.

PEPFAR and the Global Fund in South Africa 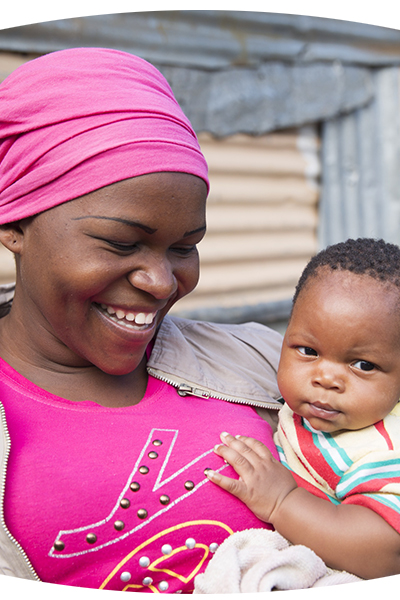 Over the last 15 years, U.S. government investments in PEPFAR and the Global Fund helped steward groundbreaking progress in the global fight against HIV/AIDS. Today, the two largest financers of HIV programs collaborate on strategies to combat AIDS in over 50 countries by leveraging each other’s resources and expertise to increase access to HIV prevention and treatment services. They also share data to increase transparency, minimize duplication of efforts and maximize impact.

In South Africa, where the host government funds the majority of its own HIV/AIDS response, PEPFAR and the Global Fund support the government’s work in target districts, with the Global Fund primarily focused in rural areas and PEPFAR in urban centers.

This model has been especially successful in outreach to adolescent girls and young women (AGYW). In South Africa, every five minutes, a young woman is infected with HIV. Each actor has programs that promote HIV prevention and treatment for AGYW—the very successful PEPFAR Determined, Resilient, Empowered, AIDS-Free, Mentored and Safe (DREAMS) program, the Global Fund’s comprehensive care packages and the South African government’s She Conquers campaign. These programs address both social and medical factors that contribute to HIV infections, such as a lack of access to education and economic opportunities for women of different ages. This partnership model allows for the exchange of best practices.

For example, the Global Fund has worked to strengthen the transparency and effectiveness of its programs in South Africa by learning from PEPFAR’s impact evaluations, while the Global Fund has helped to advise on data analytics for grassroots-based programs. Moving forward, these shared efforts will be critical in facilitating the transition to the South African government’s complete ownership of the country’s disease programming.

USAID TB Program and the Global Fund in India 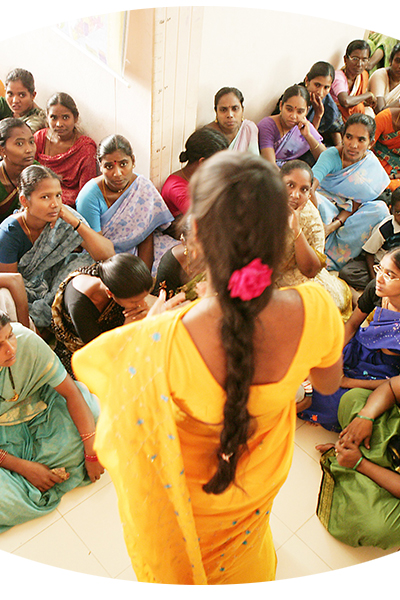 TB is the world’s leading infectious disease killer, affecting millions of people each year. USAID and the Global Fund are at the forefront of the fight against TB, providing over two-thirds of all international funding to fight the disease and working together to complement and expand each other’s work. The Global Fund contributes most prominently to the fight against TB via commodity procurement and program financial support. Conversely, USAID works to provide in-country technical assistance to strengthen the national TB response and develop new strategies for identifying at-risk patients.

In India, as a member of the Global Fund’s country coordinating mechanism (a committee that submits funding applications to the Global Fund on behalf of the entire country), USAID works with the Global Fund during the program development phase to prevent overlaps in programs and services funded. Both organizations continue to work together throughout grant implementation to adapt to shifting priorities and reallocate responsibilities to avoid gaps in care.

The Indian government plays a growing role in the country’s disease response—a transition that USAID and the Global Fund continue to foster through their support of India’s “National Strategic Plan for TB Elimination 2017-2025.” To help with the sustainability of this transition, USAID and the Global Fund have looked for innovative solutions to address the challenges in the fight against TB.

The Global Fund’s Joint Effort to Eliminate TB (JEET) project and USAID’s TB Health Action Learning Initiative (THALI) project coordinate to leverage resources to produce an interesting private sector engagement project. The project covers a population of approximately 78 million across nine states. In just six months (July-December 2018), the project mapped almost 5,000 private providers, notified almost 8,500 TB cases to the system, collected over 4,500 sputum samples from the private sector for diagnosis, counselled more than 4,300 TB patients and completed adherence monitoring visits for over 16,300 TB patients.  Partnering and demonstrating models of forward-looking solutions like this are central to USAID and the Global Fund’s mission to alleviate the TB burden in India and ensure a successful transition to greater country ownership.

PMI and the Global Fund in Kenya 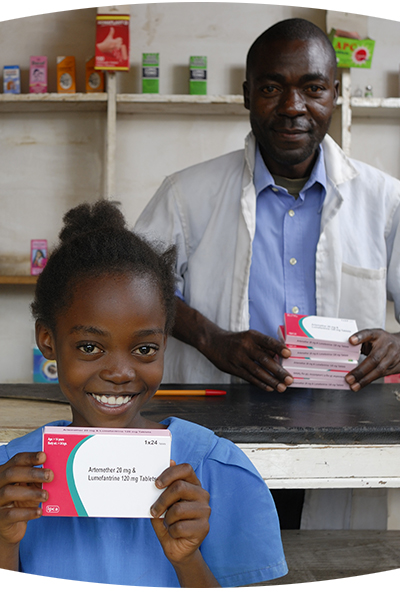 Despite immense progress in the fight against malaria, a recent increase in the number of cases demonstrates the need for continued U.S. investment in the Global Fund and PMI. Together, these organizations account for over two-thirds of all financing for global malaria programs. PMI is only operational in countries with Global Fund grants, ensuring that the two work hand-in-hand to allocate resources and effectively deliver program services.

In Kenya, PMI actively participates in the development of funding requests for the Global Fund, and the Global Fund coordinates with PMI to create PMI’s annual Malaria Operational Plan. The two organizations also coordinate to split responsibilities in Kenya. For example, as part of a recent net distribution campaign, the Global Fund paid for all mosquito nets, which in turn allowed PMI to fund case management, including rapid diagnostic tests and artemisinin-based combination therapy to treat patients.

The Global Fund and PMI also aim to increase the Kenyan government’s response by supporting its national malaria program and jointly offering policy recommendations. The government already provides much of Kenya’s funding for health services and is positioned to increase its commitment through 2022. A successful example of how all three actors work together is their streamlined work with the Kenya Medical Supplies Authority (KEMSA), a state corporation under the Ministry of Health which oversees the procurement, storage and distribution of all the malaria commodities entering the country. The Global Fund and PMI were critical in growing and strengthening KEMSA’s capacity following Kenya’s adoption of a new constitution in 2010. This support enabled KEMSA to unify the 11 health supply chains operating in Kenya in 2004 under a single system, an important step toward a sustainable health care system. Today, the Global Fund, PMI and other donor programs use KEMSA to distribute medicines and other health commodities.

The Future of U.S. Bilateral Programs and the Global Fund

The U.S. bilateral programs and the Global Fund are essential catalysts in the global fight against AIDS, TB and malaria—both necessary, coordinated and reinforcing. The dynamic nature of their close partnership model allows them to adopt as the disease landscape changes from country to country. With continued Congressional support, PEPFAR, PMI, the USAID TB program and the Global Fund are enhancing each other’s work and saving millions of lives worldwide.