Washington, D.C., March 16, 2017 — In the preliminary FY 2018 budget blueprint released today, President Trump announced plans to meet U.S. commitments to the Global Fund for AIDS, Tuberculosis and Malaria (Global Fund). The President’s budget proposal is consistent with the commitment made at the September 2016 launch of the Global Fund’s 2017-2019 Replenishment cycle, at which the U.S. pledged to contribute $1 for every $2 provided by other donors worldwide, up to $4.3 billion through 2019.

“We welcome the President’s commitment to the Global Fund, which recognizes the extraordinary value and impact that the Global Fund has in saving millions of lives and supporting a more safe, stable and prosperous world,” said Friends President Chris Collins. “The Global Fund’s success is closely connected to other U.S. global health programs including PEPFAR, the President’s Malaria Initiative (PMI) and USAID’s tuberculosis program. Steady U.S. investment across global health programming will be crucial to ending the epidemics of AIDS, tuberculosis and malaria. An appropriation of $1.35 billion in Fiscal Year 2018 would keep the U.S. on track to meet its commitment to the Global Fund.”

U.S. leadership through the Global Fund and U.S. bilateral programs has supported incredible progress in the fight against the three most deadly infectious diseases. The Global Fund supports programs that have saved more than 20 million lives. In countries where the Global Fund invests, the rate of death from HIV declined more than 45 percent from 2004 through 2015. Deaths from TB declined 31 percent between 2000 and 2015 in Global Fund-supported countries, and malaria deaths are down 48 percent in that time period.

This dramatic progress has brought the world to a tipping point in the fight to end AIDS, TB and malaria as epidemics, but there is a real possibility of backsliding without continued, strong U.S. investment in bilateral global health programs and the Global Fund, which leverages additional investments from global partners and implementing countries themselves. The Global Fund consistently receives recognition for results and transparency. On March 15, the Multilateral Organization Performance Assessment Network (MOPAN), which monitors the performance of multilateral organizations, gave the Global Fund top ratings in organizational architecture, operating model, and financial transparency and accountability.

“Now is the time to invest to end these epidemics for good, to save and improve millions of lives, and to realize the economic and security benefits to the U.S. and worldwide that these investments bring. We cannot risk losing the tremendous progress we have made,” Collins said. 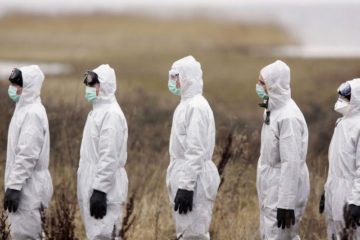