The private sector steps up on innovating for health

There have been numerous stories recently about new, innovative ways to prevent and treat diseases like HIV and malaria. The Wall Street Journal covered the development of a small, implantable medicine pump that can serve as a potential HIV prevention device. Sparked by private sector research and development, this innovative approach can work wonders across the globe at preventing disease and saving lives.

For those at risk of becoming infected with HIV, this device could be implanted to release an HIV prophylaxis drug, which is more than 90 percent effective at preventing HIV infection. Members of at-risk populations wouldn’t need to adhere to taking a daily dose of HIV prevention medication; instead, they could get the pump implanted and stay on treatment for up to a year. Supported by the Bill & Melinda Gates Foundation, this innovation would also have a market here in the United States.

Additionally, malaria interventions have been in the spotlight. A recent Seattle Times article highlighted potential malaria vector controls that are currently being tested or developed, such as eave tubes and sugar baits. The Gates Foundation is currently investing in large-scale tests in Côte d’Ivoire of eave tube technology. This requires the installation of eave tubes in house walls, which then expose mosquitoes to insecticide in order to prevent malaria infections. To measure impact, control communities will utilize current malaria interventions to compare the outcomes when eave tubes are introduced and used by villages.

The Gates Foundation is also investing in sugar baits, which attract and kill mosquitoes – particularly baits that do not harm populations of beneficial insects like bees. Trials of sugar baits are being held in Mali, and Dr. Dan Strickman, Senior Program Officer at the Gates Foundation, estimates that these innovative products could be on the market in 2019. Sugar baits are cost effective, as well. Two long-lasting sugar baits can be placed near a home for about $5.

Much like in HIV prevention, research on mosquito control for developing countries has resulted in products that also have applications in the U.S. and other wealthy countries, such as a pest control spray that kills mosquitoes. In addition, mosquito baits could be made available in the future for use in backyards. A company working on eave tubes, for example, has produced mosquito traps that can be used in the U.S. to kill mosquitoes carrying the Zika virus.

The private sector is stepping up to the plate to deliver new, efficient health innovations that can – and are – helping everyone live safer and healthier lives. 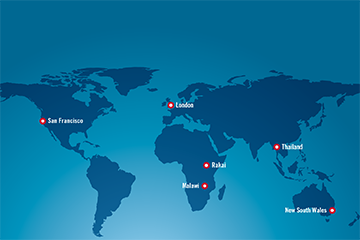 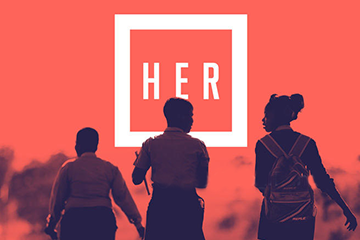 Globally, an estimated 36.9 million people are living with HIV, and millions more know friends and loved ones impacted by...