Timeline: Past and Future Milestones in the Fight Against AIDS, TB and Malaria (1998-2030)

As part of its new report, “At the Tipping Point: U.S. Leadership to End AIDS, Tuberculosis and Malaria,” Friends has created the following timeline to capture both past milestones in the global fight against the epidemics and future opportunities to end the world’s most deadly infectious diseases for good. The timeline, like the report, emphasizes U.S. leadership, highlighting major advances and achievements, as well as ideas for moving progress forward between now and 2030.

A large version of the timeline is available here or by clicking on the image below.

The full “At the Tipping Point” report is available here. 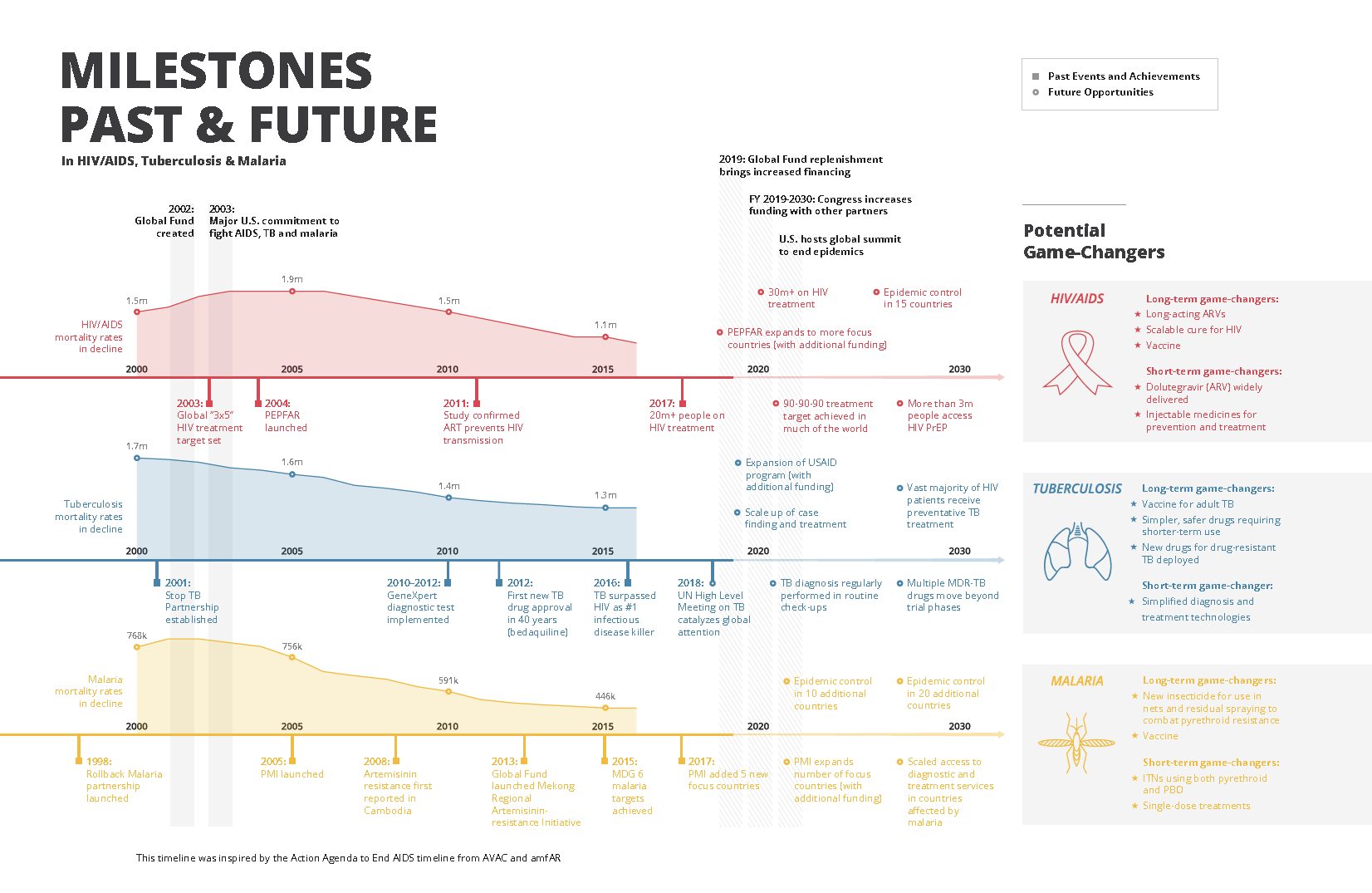